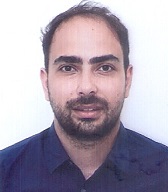 Trained as a Computer engineer at the University of Siena, I can define myself as a technology enthusiast. During an internship for the Master’s thesis, I discovered Bioinformatics, and it was love at first sight. After taking my Master in Computer Engineering, I decided to leave Italy, and I ended up in Geneva. Before joining Appway, I was a Marie Curie Early Stage Researcher at Swiss Institute of Bioinformatics, developing software for glycomics and glycoproteomics analysis. I enjoy swimming and I love traveling with my reflex camera. 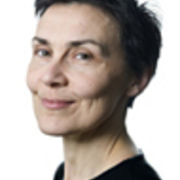 Ph.D. in Computer Science (Artificial Intelligence) from the University Pierre & Marie Curie, Paris, France in 1984. From 1985 to 1998, held research positions in biology labs in France (Paris), Japan (Tokyo and Kyoto) and Australia (Melbourne) working on knowledge representation and predictive methods based on sequence analysis. Successively worked in two biotech companies leading projects on knowledge management and mining in Proteome Systems Ltd in Sydney, Australia (1999-2000) and in Geneva Bioinformatics (GeneBio) S.A, Switzerland (2001-2005). Joined the SIB Swiss Institute of Bioinformatics in the Proteome Informatics Group in 2006. Manages the group since 2008 driving knowledge discovery projects in proteomics and glycomics. Specialized in glycoinformatics since 2010. Lectures in bioinformatics at the University of Geneva.

Serge Perez was born in Perigueux, France ; he graduated, in crystallography, from the University of Bordeaux, France. He had an international exposure throughout positions in several laboratories (Institute of Molecular Biology, University of Oregon, Eugene, USA ; Department of Chemistry at the University of Montreal, Canada. Centre de Recherches sur les Macromolecules Végétales, CNRS, Grenoble, France ; Eastman Kodak, Rochester, NY, USA. Institut de la Recherche Agronomique, Nantes, France ; the European Synchrotron Radiation Facility, Grenoble, France ; Department of Molecular Pharmacochemistry, CNRS-University of Grenoble-Alpes His research interests span across the whole area of structural and conformational analysis of oligosaccharides, polysaccharides, glycoconjugates and protein-carbohydrate interactions in solution and in the solid state. This includes interests in computational chemistry and molecular modeling, crystallography, NMR spectroscopy, along with the structure-function and structure-properties relationship. He is the author of about 300 publications in the field of structural glycosciences.