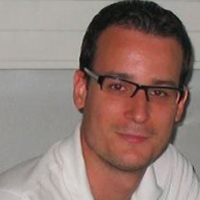 After graduating as a Bachelor of Science in Chemistry from the University of Almería (Spain), Juan moved to the University of Malta as a Leonardo Da Vinci intern, where he worked on the extraction and bioactivity determination of plant-derived extracts. In 2009, he joined the Glycosystems Laboratory of the Institute for Chemical Research (CSIC) in Seville (Spain), under the supervision of Dr. Pedro M. Nieto and Dr. Jesús Angulo. There, he accomplished his Doctoral Thesis in the field of Structural Glycobiology, specializing in ligand-based Nuclear Magnetic Resonance (NMR) and Molecular Modelling. During that time Juan C. also graduated as a Master of Science in Physical Chemistry, as well as carried out part of his research training at Prof. R.J. Woods´ Group of the Carbohydrate Research Center (Athens, Georgia, USA), and at the Centre de Recherches sur les Macromolécules Végétales (Grenoble, France) under the supervision of Dr. Anne Imberty. His PhD thesis, entitled “Insights on the Structure and Dynamics of Glycosaminoglycans and their Interactions with Langerin : NMR and Computational Studies”, dealt with the determination of the structural and dynamics features of heparin-like glycosaminoglycans (GAGs) by NMR and Molecular Dynamics (MD) simulations, as well as on the elucidation of the structural characteristics of GAGs binding to the transmembrane receptor Langerin (involved in the elimination of the HIV-1 virus) by Saturation Transfer Difference NMR Spectroscopy (STD-NMR) and transferred-NOESY (tr-NOESY) experiments, in combination with Docking and MD calculations. In October 2013, Juan C. obtained his PhD degree in Chemistry. Since then, he hold a position as a Postdoctoral Research Associate at the Department of Biochemistry of the University of Oxford, where he is currently developing his career at Prof. A. Watts´ Group in Solid State NMR and modelling techniques for the structural elucidation of membrane proteins and their interactions with potential drugs. 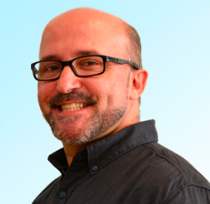 Jesús studied Chemistry at the University of Seville (Spain). He then obtained his doctorate working at the Instituto de Investigaciones Químicas (IIQ) of the Consejo Superior de Investigaciones Cientificas and University of Seville, in 2002, in the “Carbohydrate Group” led by Prof. Manuel Martín-Lomas, under the supervision of Dr. Pedro Nieto. His thesis was based on the study of the 3D structures and dynamics of oligosaccharides models of glycosaminoglycans (GAGs) by NMR spectroscopy and molecular dynamics simulations. He then moved to Germany for a three-year postdoctoral stay in the research group of Prof. Thomas Peters at the University of Lübeck, where he specialized in ligand-based NMR spectroscopy for protein-ligand interactions, with a focus on molecular recognition of substrates by the human blood group B galactosyltransferase (GTB). After that, he joined back the Carbohydrate Group of IIQ (Seville) in 2006 as a "Juan de la Cierva" postdoctoral scientist, and from 2008 to 2013 he worked at the “Glycosystems Laboratory” of the IIQ as a senior scientist, with a prestigious "Ramón y Cajal" award. Jesus moved to the School of Pharmacy of the University of East Anglia in August 2013 as a Research Fellow in NMR Spectroscopy. 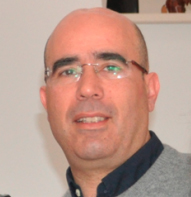 Pedro has a permanent position as Scientific Researcher at the Institute for Chemical Research at the cicCartuja at Seville from the Scientific Research Council (CSIC) Leading one of the research teams from the Glycosystem Laboratory involved in Glycosaminoglycan Synthesis, Structure and Biological activity, a long-standing research line at the Institute, is interested in the structural basis of the specificity and selectivity of their interactions. He also participate in a multidisciplinary research network in the research of the structural aspects in solution of the interaction between lectines and carbohydrates or glycomimetics focusing on two proteins of key importance, DC-SIGN on the one hand and Langerin on the other one.